You are here: Home / Archives for Eden Pontz 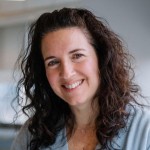 Eden Pontz is an award-winning journalist, writer and media professional who served as Executive Producer at CNN's New York Bureau, for more than a decade. She's produced and reported from around the world. She's contributed to CNN.com., Techlicious.com, TravelingMom and blogged for NYC Moms and Technorati. Her humor essay on motherhood appears in the anthology "See Mom Run: Side-Splitting Essays from the World's Most Harried Moms" (Plain White Press). Eden lives in Brooklyn , New York with her husband and tween-aged daughter--who secretly hopes someday her parents, will have the moxie and means to move back to Manhattan.