You are here: Home / Archives for Richard Kerr 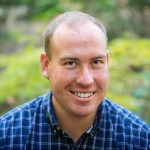 A simple internet search for cheap airfare led Richard to chasing the proverbial white rabbit down the hole towards points and miles. Richard’s passion is exploring the inner workings of loyalty programs in order to provide readers the best strategies for maximizing their loyalty account balances. Richard has traveled to over 40 countries and has lived in the UK and Japan. His wife, Emily, and son, Thomas, are his favorite travel companions. Thomas has visited six countries and taken over 20 flights at the ripe old age of one.

Richard graduated The Georgia College in 2007 with a BBA in International Business followed by Naval Officer Candidate School in Newport, RI where he was commissioned an Ensign in the U.S. Navy Supply Corps. He served as the Supply Officer of the ballistic missile submarine USS Kentucky (SSBN 737) from 2010-2013 followed by a three year your in Japan as a Material Control Officer responsible for supporting maintenance on Navy and Marine Corps aircraft outside of the US.

Richard is currently a lieutenant working in the Washington D.C. area inside the Navy aviation community.

“Travel is fatal to prejudice, bigotry, and narrow-mindedness, and many of our people need it sorely on these accounts. Broad, wholesome, charitable views of men and things cannot be acquired by vegetating in one little corner of the earth all one's lifetime.” – Mark Twain