You are here: Home / Archives for Paul Eisenberg 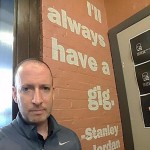 After accompanying his travel writer dad to the Peruvian Amazon, Paul Eisenberg had his first trip report published at age 15 in Junior Scholastic magazine and has been a fan of family travel and journalism ever since.

Some years later he went on to serve as editorial director at Fodor’s, where for nearly a decade he directed a guidebook program including U.S. and family travel titles. He has reported on travel for Barclaycard, Shermans Travel, and FoxNews.com, has written about parenting for Nick Jr. magazine and authored the sixth edition of Fodor’s Around New York City with Kids.

In 2010 his article about medical tourism received a Lowell Thomas Award, the highest honor in travel journalism.

Paul and his wife live in New York City with their three children.